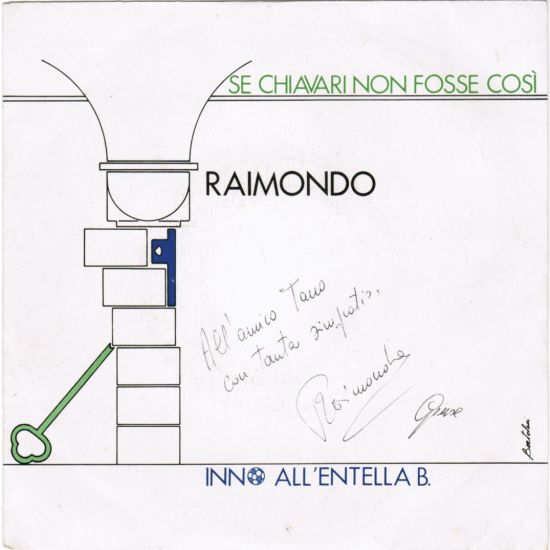 Entella Chiavari
A) Se Chiavari non fosse così
B) Inno all'Entella
Italian non-league-cub from Chiavari (Liguria) that has changed its name 7 times since it had been founded in 1914. Today it's officially called Virtus Entella. This single was released in the year Entella was sensationally promoted to Serie C2.